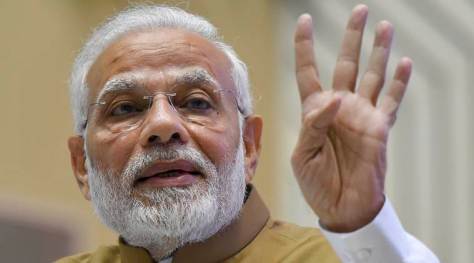 MSME(Br.), Coimbatore participated the “Support and Out reach program organised by LDM, Canarabank. The arrangement were made through Video Conferencing at Corporation Kalai Arangam, R.S.Puram, Coimbatore. 100 days actionable program on Electrical and Agri Equipment Cluster had been considered to sanction loan under Honorable Prime minister announcement of loan approval within 59 minutes. Honorable Defence minister was the Chief Guest , State minister SP Velumani, and other Dignitaries from Government department and Banks were participated in the event. Nearly 2500 participants participated in the event. Shri S.Sathesh Kumar, DD I/C, MSME-DI, Coimbatore and Smt Kayalvizhi AD Participated the Event.

“12 major decisions taken by the Central government for MSMEs Sector are proof that when after breaking silos, collective initiatives are taken, collective responsibilities are fulfilled and collective decisions are taken, it creates a comprehensive impact,” he said. The prime minister also talked about India’s jump in Ease of Doing Business Ranking. “It’s a matter of pride for us that India has taken a high jump of 23 ranks in “Ease of Doing Business” ranking this time. 4 years ago, when this govt wasn’t in power, we were at the 142nd position. Today we are at 77th rank and I believe that “top 50″ isn’t too far from our reach,” he said.

Here are the 12 key announcements made by HONORABLE PM  for MSME sector today:

1. PM  announced the launch of 59-minute loan portal for sanction of up to Rs 1 crore for small and medium enterprises. He said, “I dedicate 59-minute loan approval portal to you and it has started benefiting the MSMEs businessmen already.”

2. The Prime Minister also said that the GST-registered MSMEs will get 2 per cent rebate on an incremental loan of up to Rs 1 crore.

3. Talking about the Interest subvention, PM  said the government has decided to increase interest Subvention on pre and post shipment credit for exports by MSMEs from 3 per cent to 5 per cent.

4. “It is now mandatory that all the companies with a turnover of more than Rs 500 crore will have to join TReDS platform, that is Trade Receivables e- Discounting System. So that MSMEs doesn’t face trouble in cash flow,” PM Modi said.

5. PM  said that mandatory sourcing by PSUs from MSMEs increased to 25 per cent from the previous limit of 20 per cent.

6.  PM said that government companies to buy at least 3 per cent of their purchases from women entrepreneurs.

7. “It has been made mandatory for the companies to take GeM (Government e-Marketplace) membership now. Not only this, but the companies will now register its all MSME vendors on this platform, which will also benefit the MSME,” he said.

8. PM announced Rs 6000 crore package for the technological upgradation in connection with MSME. 20, 000 hubs and 100 tool rooms will be developed around the country for this, he said.

11. “MSMEs will have to file just one annual return on eight labour laws and 10 central rules,” PM said.

12. PM has announced that the govt has made a big change to Companies Act and provided relief to MSMEs from legal complications.

5 Ways of Ease of Doing Business